We use SQL Server Reporting Services to provide real-time reporting to our clients business units across Australia.

Anyone who has ever done any SSRS development knows that deploying these reports manually is a real pain in the backside - nothing is more painful than trying to upload a large number of files through the clunky SSRS web interface.

It’s even worse when you include though having to manually execute database scripts across multiple databases!

The first solution which people usually move to is automating the deployment through Powershell scripts which was also the first step we took, however having to manually run the scripts along with ensuring that the databases were updated with the latest versions of the stored procedures and functions was too tedious.

Complete deployment automation was the goal - we wanted a totally hands free process which we could reliably and repeatably run in all environments. As as we were already using the awesome Octopus Deploy to deploy the other applications in our solution it was the logical choice to drive this.

Octopus Deploy requires a nuget package which contains the artefacts to be deployed which are defined by a nuspec file in the repository.

The deployment process relies on a specific structure to allow, for example, the SQL functions to be deployed before the SQL Stored Procedures which may depend on them

Using our existing TeamCity installation, I created a new build configuration to retrieve the SSRS project from GitHub and build the package according to the nuspec. and trigger a deployment to our Development Testing environment. 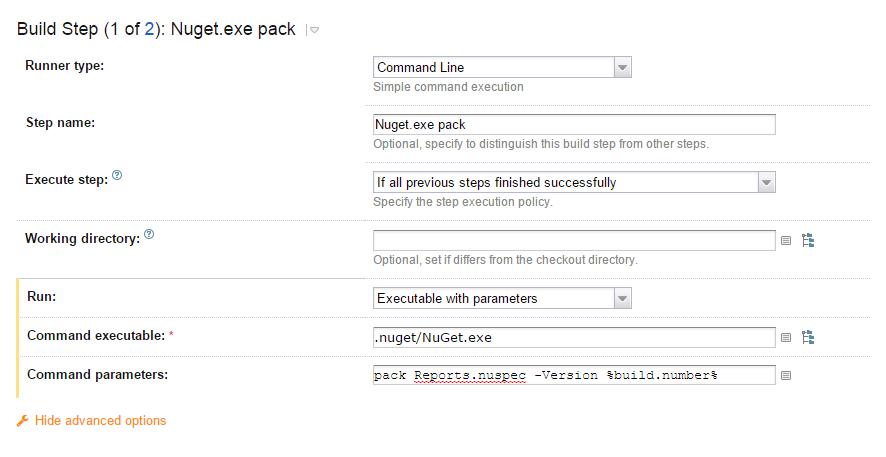 The Octopus deployment process uses a number of variables to drive the deployment:

Report deployment is fairly straight forward - use the web service endpoint exposed by SSRS to setup the folder structures, upload all reports and finally configure each reports data sources.

As we share a single SSRS server across a few environemnts (DEV and UAT), our deployment process ensures that when we are deploying to the Development Testing environment, the reports in the UAT environment are not affected.

We do this by using the name of the Octopus Deploy Environment we are deploying into and creating the appropriate directory structure off that:

Once the reporting folders have been configured it’s time to upload each of our report definition files.

To fix this we need to retrieve the report from the server and specifically modify the data sources using variables provided by Octopus Deploy:

The script for deploying our SQL atefacts is responsible for 3 things:

As mentioned before, our deployment process deploys to multiple databases in series; this is done by adding a CSV string of SQL Plus commands as an environment specific variable in octopus deploy.

(Admittedly, this script is a little clunky and while it works for us, I haven’t tested it in any other configurations that how we are using it.)

I really should rewrite those PowerShell scripts in ScriptCS hey!