How I made a simple problem hard

I’m a bit of a bash nut - always have been since back in uni days playing with C++ and cygwin through to more recent times using the shell prompts for the Git (before GitHub for Windows!)

However, I also love the Console2 application which allows a single application to host multiple “shells” - cmd.exe, git, powershell, VS201*, etc. So naturally once I downloaded the latest Windows 10 insider preview (Anniversay build) I wanted to integrate the bash shell.

But it wasnt as straight forward as I thought.

Second step was to configure a new tab in Console2 - however it didnt work! 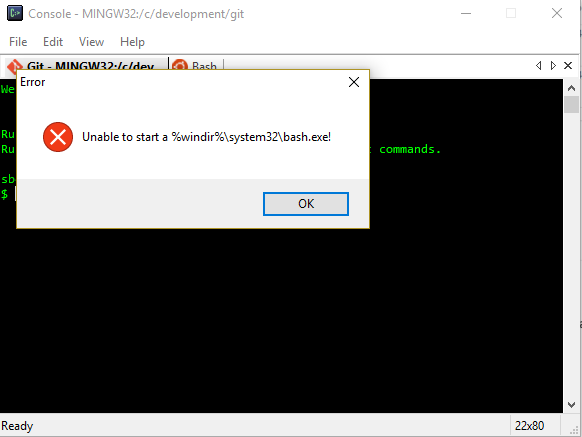 So..instead of using my brain and working from first principles through what should be a simple problem - I jumped (in typical fashion) to a silly solution involving symbolic links.

To be honest, given the root cause of this problem I’m suprised that making a symbolic link actually worked - thats a challenge for another day. Regardless, I’m not going to detail the zany workaround however I will highlight a few things:

You see the problem right? I was trying to launch the shell using the 32-bit version of cmd.exe which can’t see the 64-bit bash binary.

Honestly, I wasn’t even aware that a 32 bit command console would not display 64-bit binaries however it obviously makes sense when you think about it. 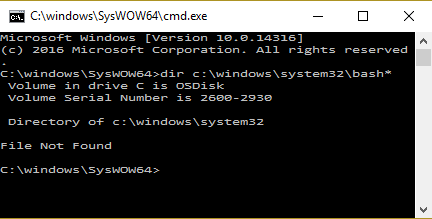 Sometimes when things dont work, we forget the simple stuff and charge off down silly paths forgetting where we started. Honestly, if I didnt already have a console tab setup to load the Git bash shell (which obviously is a 32-bit application), I may not have run into the problem. 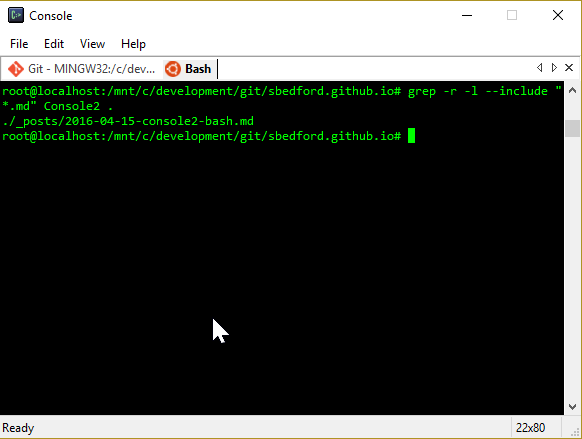